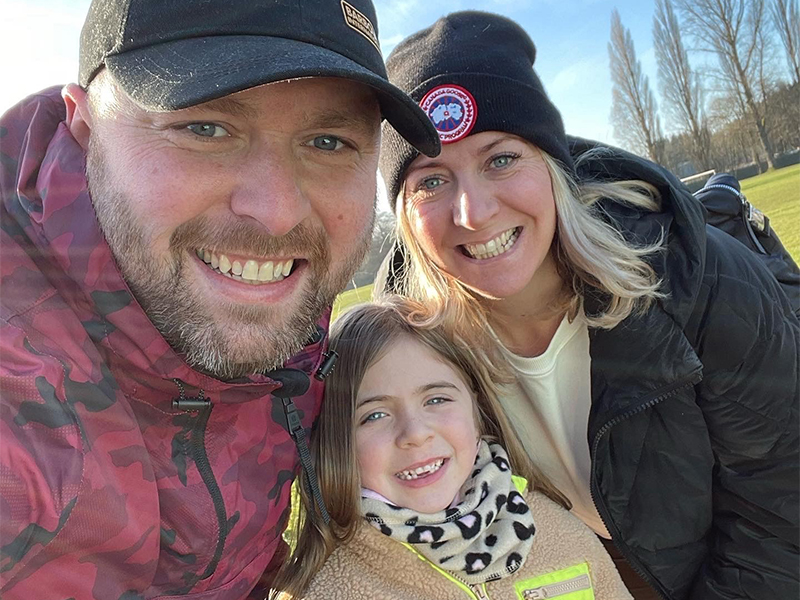 When Evie Annetts’ parents sat down to read her a bedtime story, they didn’t know it would be the beginning of a 22-mile fundraising challenge, raising nearly £1,500 for amputees across the UK.

Kind-hearted Evie, aged five from Cwmbran in South Wales was inspired when her parents, Dan and Sophie, read her a book called ‘What Happened to You’. The book is about a little boy called Joe who only has one leg and is constantly asked about it by everyone he meets in the playground.

She decided to do a sponsored walk to raise money for people living with limb loss.

Dan explained, “The book really had an impact on Evie. She wanted to help people who may be experiencing the same thing as the main character, Joe, so she decided to do a sponsored walk around our local boating lake to raise money for people living with limb loss.

“It’s 1.1 miles so we agreed that we would attempt to do 20 laps with the hope of raising £300 for the Limbless Association charity.”

The Limbless Association (LA) is a national charity that provides free information, advice and support to amputees (both pre- and post-amputation) and people with congenital limb loss and their families across the UK. The LA’s mission is to support and empower them to lead independent and fulfilled lives, so no amputee need cope alone.

Evie began her challenge for the LA on 16th January, walking seven laps – almost eight miles – and was excited when friends and family rushed to sponsor her. She completed her twentieth lap on 30th January and the donations have continued to flood in, with £1,445 raised so far.

“She really is fantastic.”

Barrie Evans – who is an amputee himself – is the Limbless Association’s Outreach Co-ordinator for Wales. He said, “Congratulations to Evie for completing her sponsored walk and raising so much money for the Limbless Association. As our youngest fundraiser, I am so impressed by how much thought and effort she put into this challenge – she really is fantastic.

“Losing one or more limbs can be isolating, adversely affecting a person’s mental as well as physical wellbeing. The LA is a charity and we can only be there for everyone who needs us with the support of the public – so we are very grateful to Evie, Dan and Sophie and their family and friends for their amazing generosity.”

Dan is equally impressed by his daughter’s achievements. He added, “A massive thank you to everyone who has made a donation for this fantastic charity and helped Evie to smash her target by over £1,000. Sophie and I are absolutely blown away by how strong-willed and determined she is. To say that we are both proud of Evie is a huge understatement.”