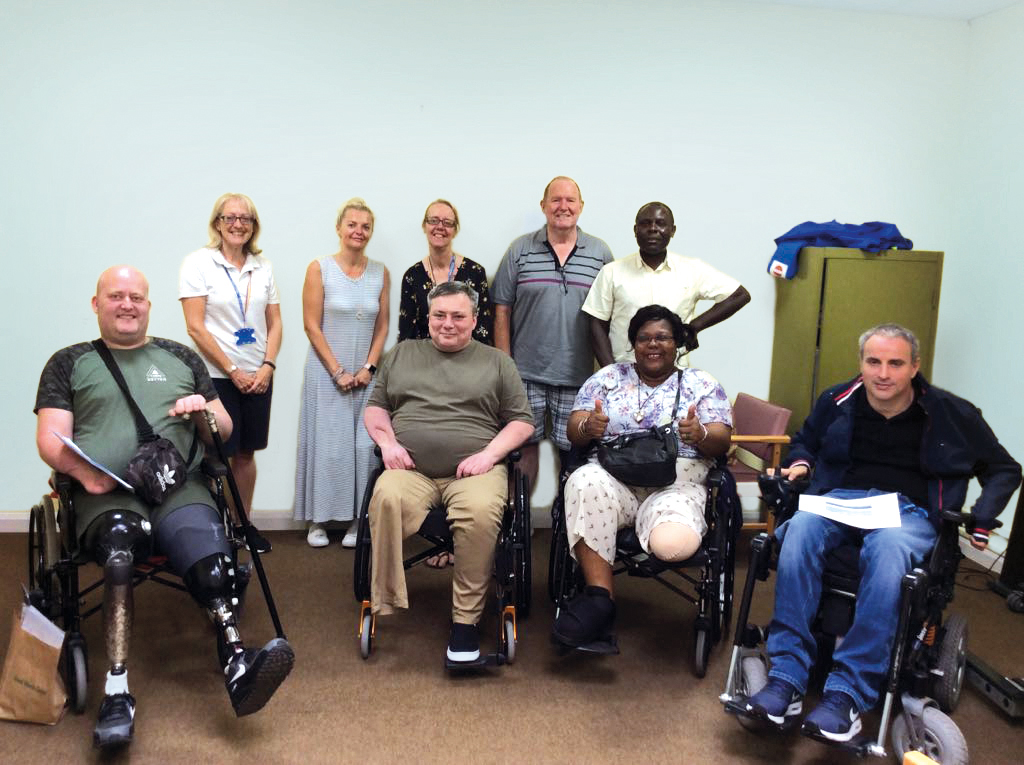 The Living with Pain course at Harold Wood brought people with limb loss together to share their emotions and experiences. Psychological therapist Kim Lyons explains why its success was all down to the ‘exceptional’ participants.

For many people, the Serenity Prayer is a source of comfort in times of difficulty. But it was initially a source of anger for a group of amputees on the Living with Pain course at the Harold Wood Treatment Centre. “They hated it at first,” says Kim Lyons, one of the psychological therapists who ran the course. “They said it was condescending. I was really surprised as I’d always found it helpful. But it’s a good example of how we were able to make room for their anger.”

Kim says the eight-session course was often the first time that participants had been able to talk at length about their experiences of pain. “A lot of their pain had been internalised. They’d stopped saying they were in pain – they thought other people must be fed up of hearing about it.” In contrast, everyone in the group got “It was an emotional rollercoaster” the time to tell their own ‘pain story’. “Initially they were apprehensive,” says Kim, “However, after telling their story in a ‘safe place’, they quickly developed a strong bond. They realised they were with people who understood their pain.”

The course was based on the Acceptance and Commitment Therapy Pain Management Manual, written by John Sorrell and John Volwes, which Kim had used with other patients but which had not been used with amputees. “I discussed with our occupational therapist Lindsey Barker how the course could be adapted for amputees and got permission from the authors. We wanted amputees to help us shape the course for future patients, so we invited six clients, and they agreed to attend the group and review sessions.”

Psychoeducation, in which patients are given information and support to better understand and cope with illness, was a big component. “We talked about phantom pain and helped the group understand that their pain is real,” says Kim. “Some had been told it was all in their mind. We explained how the brain processes pain. Knowledge and the ability to act on it provided the foundation for therapy. Also, learning about pain biology reduces the ‘threat value’ of pain. They could then take this information and educate their family and friends.”